I’m writing this post on Tuesday. I just finished up working for the day, and I am not happy.

It’s not that things aren’t going well. In fact, yesterday and today were AMAZING. It’s killing me that I can’t tell you guys what’s happening in book 3 right now. One of the characters surprised me on Monday, and… and I really wish that fictional people would stop making me love them. It hurts.

So I’m just mad that I have to stop working for the day. There’s a house that needs cleaning, and the kids are home from school, my beloved husband will be home in less than 2 hours, I need to get supper on. You know. Real life.

And so it goes. I just hope my excitement about what’s happening lasts until tomorrow, when I’ll dive head-first back into this thing.

For WIPpet Wednesday I’ll give you the last eight lines (in the WordPress editor pane, anyway) that I wrote before I quit for the day. Rowan’s POV, very rough, but at least fairly spoiler-free.

Unless you haven’t read Bound, in which case I make no promises, and you should go do that. 🙂 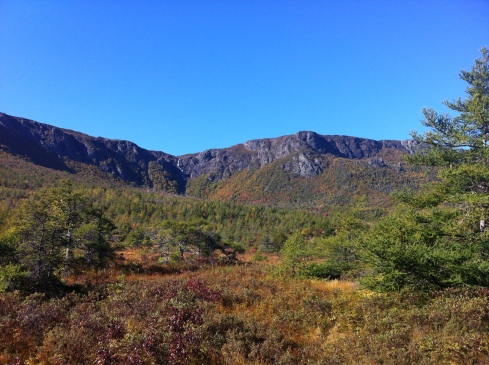 A cliff loomed to my right. As I passed into its shadows an eagle shrieked. I ran toward the noise.  Aren, still in his familiar avian form, lay chest-down on the rocks. A few paces away the gryphon crouched on the ground, head held at an awkward angle, gaze fixed on Aren.

“Hey!” I yelled. The beast didn’t change its position. I threw one of the rocks. It bounced off of the gryphon’s skull with a cracking noise, but still the creature wouldn’t move.

I stepped closer. The whites of its eyes showed beneath heavy feathers, and the massive talons curved uselessly beneath it. The animal I’d so heroically attacked was already dead.

Aren let out a softer noise, calling for my attention. His left wing stretched out over the rocks, oozing blood onto the ground.

“Well, this looks familiar,” I observed.

He snapped his beak at me.

The um… the gryphon was a lot more impressive when it was airborne and attacking and didn’t already have a broken neck. You’re just going to have to trust me on that for now, because sharing that would just be BOOK TWO SPOILERS.

For more WIPpet fun, here’s the link to everyone’s posts. It’s updated throughout the day, so shop early and shop often. Say hi to the nice folks, and join in on your own blog if you’d like! The only rules are that you have to post from a current work-in-progress (WIP), and the passage has to have something to do with the day’s date (so I did 8 lines, but you could do a wee slice of chapter 8, show us a planet with eight rings, something about spiders, eighteen lines for 10+8… et cetera). Big thanks to our host KL Schwengel, who’s not allowed to get mad at me for hurting Aren. It was the gryphon’s fault, not mine.

Seriously, he came out of NOWHERE.

I’ve got a whole lot of scenes turning up that I didn’t plan on, so the book keeps getting longer. It’s also getting deeper, and the story is filling in nicely. All of the planning I did is (so far) leading draft one to have the depth of a draft 2, if not the polish. There have been a few more detours than I expected, but they’re all still leading to the right place, and it’s a fun ride.

So that’s it for today’s report. How’s your week going so far, writing, reading, or otherwise?

Kate Sparkes was born in Hamilton, Ontario, but now resides in Newfoundland, where she tries not to talk too much about the dragons she sees in the fog. She lives with a Mountie, two kids who take turns playing Jeckyll and Hyde, two cats, an intentional boxer and an accidental chihuahua. She's the author of the bestselling Bound Trilogy (mature YA Fantasy). www.katesparkes.com END_OF_DOCUMENT_TOKEN_TO_BE_REPLACED
This entry was posted on Wednesday, October 8th, 2014 at 7:28 am and tagged with book three, bound trilogy, fantasy, snippet and posted in ROW80. You can follow any responses to this entry through the RSS 2.0 feed.
« Half-Assing #ROW80 (on purpose, this time)
Strength 101 (Or How to Be a Strong Female Character) »