Well, here we are again. Five books into a series that’s managed to surprise me at every turn even though I share a brain with its author*. I’m so excited to be able to talk about this story. It’s been really hard keeping quiet about these characters and the massive shifts that are coming to the world of Maelstrom’s vampires as the story approaches its climax.

She’s seen rogue vampires, werewolves, humans who hunt the undead, a dragon trapped in human form… but even Aviva wasn’t prepared for this.

(Haven’t started the series yet? Resurrection will be on sale for just 99 cents in ebook on all major retailers through Temptation’s release day! Amazon claims to have the price adjusted–we’re just waiting on a few other retailers to catch up. If you’re still seeing it at regular price, just check back in the next few days. Click here for links.) 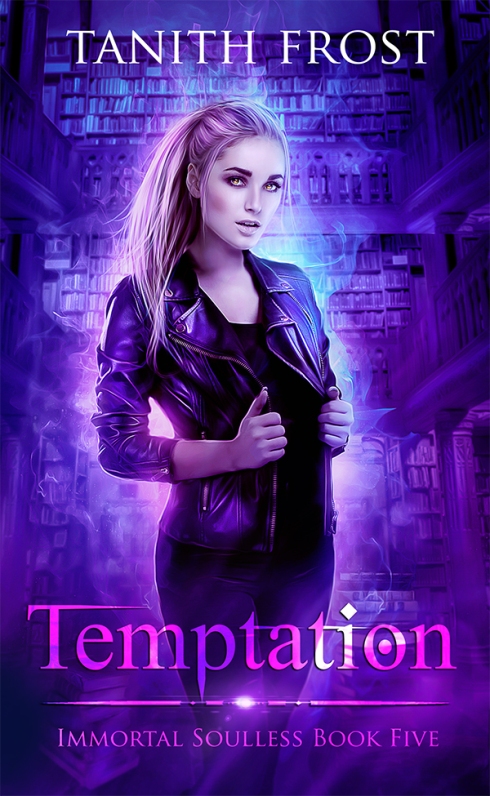 Things have been far too quiet since Aviva foiled Viktor’s plans to rise to power as high elder of Maelstrom. She’s certain he won’t give up so easily, but has no proof, no connections, and no hope of survival if she dares to stir up trouble again.

Aviva’s temporary peace is destroyed when an unfamiliar vampire attempts to assassinate her. She suspects Viktor is behind it, but there’s no help for her among the clan’s higher-ups; Miranda can’t afford to get her hands dirty when Aviva herself is being investigated for murder. As the situation spirals out of control Aviva instead seeks help from a strange group of vampires who exist at the very edges of clan society.

It’s hard to know whether she can trust them, and harder still to know what to make of the powerful being she meets among them who claims to be an angel—or possibly a demon. Aviva will have to choose her allies wisely if she wants to save herself and her clan from an enemy that’s larger and more dangerous than she ever imagined. 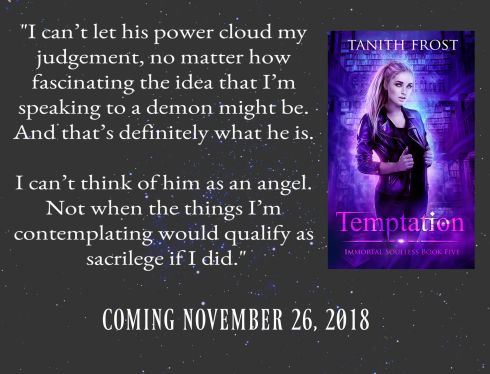 *Seriously, never let anyone tell you that planning and outlining take all of the mystery out of the storytelling process.