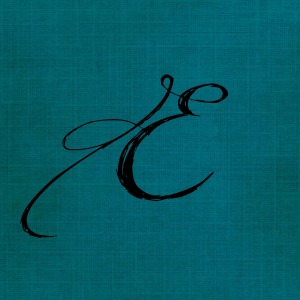 They say that it’s a mistake to give two characters names starting with the same letter.

I say it’s a bigger mistake to give kids in a family thematically-matching names, but I did both.

Okay, technically Rowan’s parents did the latter. JUST BECAUSE YOUR LAST NAME IS GREENWOOD, THAT DOESN’T MEAN YOU GET TO BE CUTESY.

Man. I’m still a little disgusted with Lucilla over that one, but whatever.

What was I saying?

SPOILERS AHEAD if you haven’t read Bound or Torn. Fair warning.

We meet Ernis and Emalda at the end of Bound, when Aren follows Rowan to Belleisle to make sure she’s okay (awwww…). He finds several surprises there. The first is that these people are genuinely kind and generous, willing to take in a stranger and care for her–and that it doesn’t make them weak. It’s a confusing notion for Aren, who’s always been taught that kindness and love are weakness, and that one gains respect through fear. He’s learned otherwise from Rowan, but meeting Ernis Albion is another step along the path to realizing that his family’s ways aren’t necessarily the right ones.

The other surprise is, of course, that–AGAIN, SPOILERS–Ernis Albion, the peaceful and powerful Sorcerer and headmaster of that school, is Aren’s grandfather. Aren’s mother Magdalena left Belleisle to marry the king of Tyrea, and never returned home.

Emalda is not his grandmother, though. Potioners don’t live as long as Sorcerers, and Ernis’ previous wife was Magdalena’s mother. No, Emalda is a talented Potioner whose sister was a magic-user…who Aren accidentally killed when he started a riot that got out of control.

Family reunions are swell, aren’t they?

Ernis and Emalda aren’t major characters in the trilogy, but they’re among my favourites. Emalda may be vindictive toward Aren, keeping him tightly leashed and making his life miserable for a time as punishment for his crimes, but she’s also open to forgiveness and letting go of past hurts…eventually. Ernis brings warmth and humor, and displays a beautiful willingness to take the good from a bad situation. He lost his daughter to a horrible man who ended her life, but when his grandson shows up–cold, mistrustful, evasive and trapped in his father’s ways of thinking–Ernis embraces him in any way Aren will allow.

They’re not perfect people, but they love their family, their students, and their people. One seems weak on the outside (at least to Aren) and has steel within, and one is an enemy who learns to forgive.

Sometimes I feel like I could learn a lot from my characters.

Tell me: What minor character in a book has had a major impact on you?

Kate Sparkes was born in Hamilton, Ontario, but now resides in Newfoundland, where she tries not to talk too much about the dragons she sees in the fog. She lives with six cats, two dogs, and just the right amount of humans. USA Today bestselling author of the Bound Trilogy (mature YA Fantasy), Into Elurien, and Vines and Vices. Writing dark, decadent, and deadly Urban Fantasy as Tanith Frost. www.katesparkes.com www.tanithfrost.com END_OF_DOCUMENT_TOKEN_TO_BE_REPLACED
This entry was posted on Thursday, June 4th, 2015 at 10:25 am and posted in Bound A-Z. You can follow any responses to this entry through the RSS 2.0 feed.
« Spotlight on A Season for Killing Blondes
Bound A-Z: F is for Fairy Tales »