NaNoWriMo Prep… or not.

Okay, this being the internet (and me not being a creepy webcam-stalker) means that I can’t see you. So I guess commenting would be more appropriate there.* 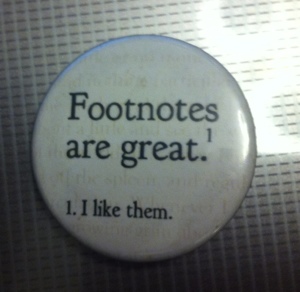 Yes, it’s going to be one of those posts.

If you have no idea what I’m talking about, NaNoWriMo is an annual event during which writers all over the world (yes, even Antarctica one year) attempt to write 50,000+ words of a novel in one month. This equals 1667 words per day, assuming a steady pace and no days off. You can write the 50,000 in the first week and nothing the rest of the month if you want to. Or leave it all to the last minute, which is… it’s generally not a good plan. Trust me.

I’ve participated every year since 2010, when a (very) rough draft of the then-untitled Bound was my project. And then I lost almost all of it in a software-related mishap, but that’s another story. Since then I’ve won a few, “lost” one (though I don’t think anyone loses as long as you get some words down), and participated in several Camp NaNo sessions. I drafted Torn in 2012 and thoroughly revised it in 2013. It was much better the second time around.

Okay, technically revisions are not allowed by NaNo rules. But I did change/add 50,000 words, so I counted it.

And it looks like this year I might just be a NaNo rebel again. Or maybe not.

See, if all goes well, I’m going to have the first draft of my current project finished by November 1 or shortly thereafter. Even though I blasted past 50,000 words in a private NaNo in October, I can’t count any of those words for the event. So I can’t use that project.

I need to do another editing pass on Torn before it goes to my editor in December. I need to make a few plot and character adjustments to better lead into book 3, plant a few ideas in there to bloom later (being a time traveller is fun!), do a sweep for over-used words and other issues that are going to make editing more expensive. I have to start that ASAP.

And I can’t count it.

During Camp NaNoWriMo, one hour of editing = 1000 words on the progress bar. Not so in November. It’s unfortunate, but I don’t think I can take my cheating that far.

This makes it a little difficult to join in on the NaNo prep excitement. I miss it.

So Here’s What I’m Going to Do:

Wait, no. After that it’ll be biting my nails while Torn is with my editor, then enjoying Christmas, then the stress and pressure to get the edits done so that I can get it out to second-round readers and get proofreading done and formatting and figuring out promotional stuff and planning a party and uploading for pre-order–

So November should be a cakewalk compared to January and February is what I’m really saying.

For more on my experiences with NaNoWriMo and why it’s the only reason I ever wrote more than three chapters of a novel, see this post. I talk a lot about perfectionism there… we’ll have to revisit the topic some time.

If you’re participating, drop your username in the comments or just go ahead and add me as a buddy.

If not, we can still be buddies.

*Do you guys SEE how well my brain is working today? I know. It’s bonkers.

***Resurrection is the working title of the first novella, Sanctuary is the 1/3 finished second one. I’m starting to notice a theme…

Kate Sparkes was born in Hamilton, Ontario, but now resides in Newfoundland, where she tries not to talk too much about the dragons she sees in the fog. She lives with a Mountie, two kids who take turns playing Jeckyll and Hyde, two cats, and one chihuahua. USA Today bestselling author of the Bound Trilogy (mature YA Fantasy) and Into Elurien, writing dark, decadent, and deadly Urban Fantasy as Tanith Frost. www.katesparkes.com www.tanithfrost.com END_OF_DOCUMENT_TOKEN_TO_BE_REPLACED
This entry was posted on Tuesday, October 28th, 2014 at 6:58 pm and tagged with NaNoWriMo, novel, planning, prep and posted in NaNoWriMo, writing. You can follow any responses to this entry through the RSS 2.0 feed.
« Fall Into Fantasy: Strings by G. Miki Hayden
WIPpet Wednesday: Ick »

2 responses to “NaNoWriMo Prep… or not.”