O is for Orim (factoids for megafan show-offs included within) 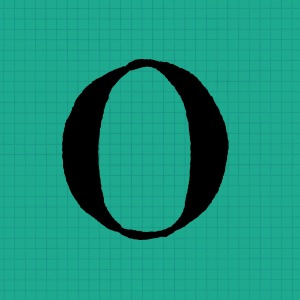 Not a familiar word?

“Orim” was the name of the country of Darmid when I sent Bound off for edits. When my editor got the twelve-year-old giggles over the fact that “Orish” sounded like “whorish,” I figured I should change it. It wasn’t easy. By the time I settled on something that wasn’t too hard to remember or pronounce and that I didn’t hate too much, I barely had time to do a find-and-replace before I sent the thing off for formatting.

There have been a lot of things like that during the writing process. See, I’m bad at naming stuff. We’ve talked a little about this before, so I won’t go too much into it. But the fact is, a book you hold in your hands on release day (bless you) is likely not the one the author first imagined months or years before, when it was just a bright bit of inspired magic with huge potential. Much as we like to think of stories as things we discover or living beings that grow organically*, there’s as much construction involved as there is discovery.

Disclaimer: Look away if ye wish not to see behind the veil.

Character names change. In the first draft of Bound, Rowan’s name was Abra (yoinked from my favourite book, East of Eden). That one got canned as soon as I realized that HEY, MAGIC. ABRA CADABRA.

Aren went through at least four names before I found one that suited him perfectly–one I found by picking nice syllables and smashing them together rather than just changing the spelling of a common name, because I have to do everything the hard way.

Aren and Rowan were different people in early drafts, until Rowan grew a backbone and Aren embraced the fact that he’s kind of a dick. Romantic things happened earlier in the first drafts, because MAN can characters be hard to handle when they both know what they want.

And here comes the trivia for anyone who’s read this far:

The entire backstory of Darmid (or Orim… and other things before that) was different. Until edits, the reason the people of that land feared magic was because their ancestors came from our world. Their horses were average because they came from here, too. People feared magic because it was a danger to them when they first arrived, and because they carried prejudices about witchcraft from our world to that one. They set out to destroy it in their land, and within a few generations they almost succeeded. In previous drafts Kel talked about how the merfolk could come to “Oldworld,” while the people were trapped on land (though if you asked around in Ardare, you might find that there were occasionally recent arrivals via the mountains).

It was cool. It was interesting. And it totally threw off the story when I had to weave it into the narrative. That’s not the kind of thing you want to just infodump, and it became confusing when spread out. In the end, the story wasn’t about that. So I dropped it.

This origin of humans in Serath has not been completely abandoned. There’s a reason for little idiosyncrasies and apparent anachronisms, and they all have roots in our world. There’s a reason so many species that originated in that world may have occasionally been spotted here, once upon a time. There’s a reason the merfolk have fashions that might seem more at home in our world, why their library holds so many treasures unknown in Tyrea…

…but the humans no longer know about it. Instead of Tyreans arriving a few thousand years ago (hence the developed magic in their bloodlines) and the Darmish just a few hundred (hence their weaker magic and how rare Rowan’s gift was), it’s all been pushed so far back into the past that no human remembers it. The stories are generally dismissed as myth, especially in Tyrea. Only the merfolk still know, and they don’t tell.

What does this mean? Nothing on a practical level, at least for now. If Niari’s fascination with human culture has ever led her to our shores, she won’t be telling Aren or Rowan. If there’s sheet music for the Beatles in the Grotto’s library, Aren won’t know what it is if he ever gets a chance to bang it out on a piano (and he’d probably think it was weird, anyway).

Unless I write more about the merfolk, this little fact will probably never come up. Even then, it might never make it onto the page.

But now you know.

Feel free to be all hipstery about it if it ever does make an appearance. 🙂

Tell me: What one thing are you such a mega-geek about that you absorb obscure bits of trivia like you’re a sponge in a puddle?

*Okay, maybe it’s like this for some writers, and their first drafts are unplanned, inspired, just-as-they-imagined gifts from the muses. Most of us have to work harder, especially if we want our work to appeal to anyone outside our own heads.

Kate Sparkes was born in Hamilton, Ontario, but now resides in Newfoundland, where she tries not to talk too much about the dragons she sees in the fog. She lives with six cats, two dogs, and just the right amount of humans. USA Today bestselling author of the Bound Trilogy (mature YA Fantasy), Into Elurien, and Vines and Vices. Writing dark, decadent, and deadly Urban Fantasy as Tanith Frost. www.katesparkes.com www.tanithfrost.com END_OF_DOCUMENT_TOKEN_TO_BE_REPLACED
This entry was posted on Thursday, August 13th, 2015 at 9:52 am and tagged with bound trilogy, fantasy, names, origins, worldbuilding, YA and posted in Bound A-Z. You can follow any responses to this entry through the RSS 2.0 feed.
« New Website (with free stuff!)
Writing Resources: For Love or Money by Susan Kaye Quinn »