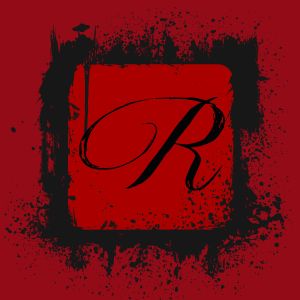 I’ve invited Ruby here for an interview. This may have been a mistake, but we’ll see how it goes. We’re going to head out to the back yard now, as she definitely doesn’t fit into my office. Just walk quietly, stay behind me, and observe.

Oh. For anyone just joining us, Ruby is a dragon. A big, red, hot-and-smoky, not-quite-trustworthy (but kind of interesting), four-legged and two-winged dragon.

Let’s go, before the neighbours start to complain.

SCENE: backyard with a white picket fence. A massive dragon, her back rising higher than the neighbour’s bungalow roof, lies curled on the grass.

Ruby: *snorts, filling the air with the scent of wilting grass* What do you want now?

KS: Just a few questions. I asked readers in my Facebook group what they’d like to know about you, and–

Ruby: Your what group?

KS: It’s a human thing in this world. You can talk to people who aren’t there, see pictures and know what’s going on with them.

Ruby: I thought that was what you did for a living.

Ruby: If it pleases your imaginary friends. *stretches, claws outstretched, digging deep paths into the lawn*

KS: Okay, then. Um… Kathy D wants to know about the father of your dragonlings. If the topic isn’t a sensitive one, of course.

KS: Any would be fine, but I think she meant the current… batch.

Ruby: Clutch, if we’re speaking of egg-laying. I don’t care enough to remember. He didn’t have a name, of course. Most dragons don’t have hapless young humans wandering into their private caves to bestow them. He was blue, with green eyes like mine. A handsome creature and strong, but quite young. He tried to lurk in my territory after I was done with him. We couldn’t have that, of course. He might have been a threat to the young ones when they hatched. I took care of the problem.

KS: *shuffles through notes* Okay, we’ll just leave that one alone. Maggie V wants to know whether you like ketchup.

Ruby: I like to catch up to what I’m hunting. Is that what you mean?

KS: There’s some quote about “beware of dragons, for you are crunchy and taste good with ketchup,” or something like that. It’s a seasoning sauce. With tomatoes.

Ruby: How horrid. *tilts head* I might try it, though.

KS: Maybe later, then. I have a request from Jennifer C about your past. How old you are, why you’re bothering to talk to humans. Anything.

Ruby: *narrows eyes* Now that is offensive. What have you heard?

KS: Nothing that’s not in the books. *moves chair farther away* We know it’s unusual for a dragon to take an interest in humans, that only older dragons can speak, and that most wouldn’t let humans go after interacting with them.

Ruby: *smiles* Then how do you know more don’t talk? Perhaps we just destroy the evidence of conversations like this one.

KS: *wipes sweat from brow* Fair enough. Would you rather move on?

Ruby: It doesn’t matter. I have found myself in a strange position these past few years. As I grow older, my mind is changing. Humans seem to think that becoming more like you should be desirable, but it’s not so. Internal conflicts and unanswerable questions and motivations that go beyond the basics of survival and procreation…

KS: You’re saying your life was simpler before?

KS: So why take an interest? Why not cling to what you once were, which as I understand it is the dragon ideal, instead of letting tasty humans live in exchange for stories and such? It’s almost as though you want friendship.

Ruby: Mind your words, human. *drums claws on the ground* The truth is that I don’t know. I’m hardly a respectable dragon anymore, I hate what I’m becoming, and yet it fascinates me. I want to know more about the lives of other creatures, to see what happens in the world and what effect I have on it with my actions or non-actions. It’s disgusting. Move on.

KS: You didn’t say how old you are.

Ruby: I’ll season you for supper with that catch-up stuff if you don’t drop it.

KS: Hey, it’s not my question. Be nice, or I’ll find a Sorcerer who can turn you into a salamander. The last book’s not out yet. I’m sure we could fit it in.

Ruby: Oh, certainly. I’m thinking now of back when the people of Darmid arrived in my lands, after they overthrew the magic-wielding humans who ruled them in the west. *chuckles* They were determined to rid their land of magic, and thought themselves so prepared to do so after their little scuffle. A group of them settled not far from my old home. I left them alone for the most part, but they insisted on hunting me. I moved on eventually, though never far enough for their liking. But before I left, I crept into their town in the middle of the night and set fire to a string of houses. You should have heard the screams. And one who fancied himself a proper magic hunter chased me with a long sword. Again, this was early days, and they were hardly refined in their techniques. I pinned him down, and with one claw opened his torso like I was removing his clothing. His innards–

KS: You know, that might be enough memories. Emma C wants to know your favourite colour, and Shannon A wants to know what you wish you’d done differently in your life.

Ruby: *rolls eyes, feigns choking to death, then lifts head* Are we talking about regrets, now? I’m not that much like you people. And I like chartreuse.

Ruby: No. Red. And gold is so pretty…

KS: Shannon also wants to know what you’d like as a present, but I’m guessing gold would be the answer to that, too.

Ruby: I want the rest of the magic hunters who killed my young one not so long ago. Alive. They have much to answer for.

KS: We’ll have to look into that, though a few have been taken care of. Sarah H asks what you like to eat when humans aren’t available, and whether men or women taste better.

Ruby: *laughs* That’s more like it. Actually, humans aren’t my favourite meal. I prefer horses or deer. Fleet-footed herbivores in general. As to the other part of that… Women. But I’ll tell you that humans with magic in their blood taste better than those without.

Ruby: *perks up* Were they consuming the flesh of their enemies?

KS: Oh look, another question. Is there any creature you don’t like? This is from Shannon again.

Ruby: No. And you’re not on the list. Last question, now.

KS: Scott H wants to know when you’re going to take over the world.

Ruby: YES. *slams fist on the ground* That’s a proper question. And the answer is “when I choose to.” *stretches her head high to look over the fence* Actually, I might take this one. Now that you mention it…

KS: Annnnnnd that wraps up my interview with Ruby. Ruby the wonderful and benevolent and not-taking-over-the-world dragon. Anything else you’d like to add?

Ruby: Yes. Tell your minions that if they ever encounter a dragon they should leave it alone. As I said, you’re not all that tasty, but we do what we must.

KS: Okay, then. Thanks for coming.

Ruby: And thank you for not making this the least interesting day I’ve spent in recent years. It was close, but you pulled it out at the end. Now, speaking of not tasty, tell me more about these humans who you claim told you–

Ruby: *wrinkles snout* That’s disturbing on so many levels.

Big thanks to everyone on my Facebook page and group who provided questions for the interview! I hope the answers were satisfactory.

If you don’t want to miss out on future fun, join us at http://www.facebook.com/katesparkesauthor

Kate Sparkes was born in Hamilton, Ontario, but now resides in Newfoundland, where she tries not to talk too much about the dragons she sees in the fog. She lives with six cats, two dogs, and just the right amount of humans. USA Today bestselling author of the Bound Trilogy (mature YA Fantasy), Into Elurien, and Vines and Vices. Writing dark, decadent, and deadly Urban Fantasy as Tanith Frost. www.katesparkes.com www.tanithfrost.com END_OF_DOCUMENT_TOKEN_TO_BE_REPLACED
This entry was posted on Thursday, September 3rd, 2015 at 10:25 am and tagged with bound trilogy, character interview, dragon, fantasy, magic and posted in Bound A-Z. You can follow any responses to this entry through the RSS 2.0 feed.
« WIPpet Wednesday: Fateful Meeting
FREE PROMO: Bloodlore by Krista Walsh »