All Good Things Must

For nine years I’ve had a dog. Boxer. White, with a left-side pirate patch and sad eyes. High-energy, clever, eager to please. But I’ve had so much more than that. 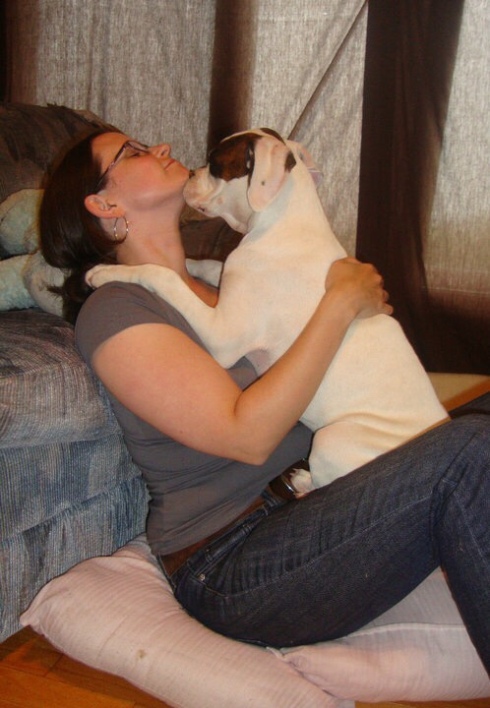 For nine years I’ve had a shadow, first following me around as I followed the kids, then trailing behind me as I did my work in an otherwise empty house when everyone else was at work or school. My shadow slept by my side while I wrote stories I thought no one would ever read, sat in the kitchen while I cooked, looked for me if I disappeared when he was napping. 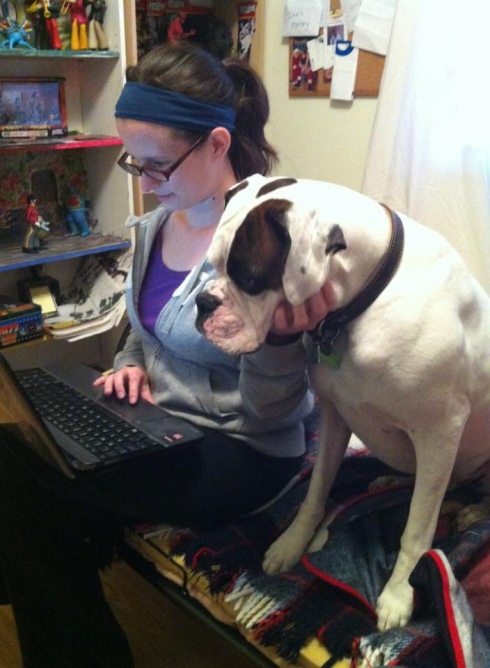 For nine years I’ve had an angel whose need for exercise motivated me to walk, which turned out to be the best thing for my depression. He urged me to keep up with that little act of self-care and helped me get back to feeling like myself. And he jogged with me, at least until his aging body couldn’t run anymore.

And then we walked again, because I couldn’t lace up my shoes and run without him. 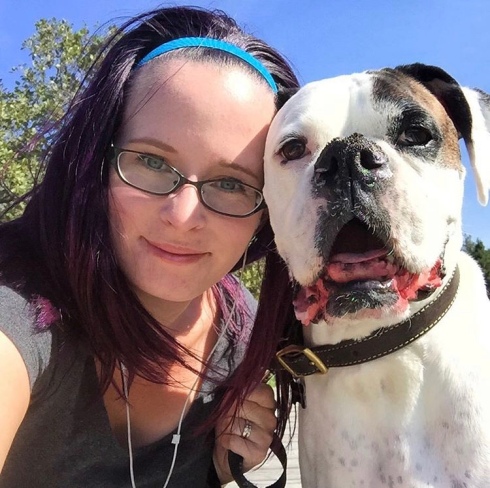 For nine years I’ve had a friend, someone I could talk to when there was no one else, who listened without judgement. He laid his head on my lap and gazed up at me, letting me know I was loved unconditionally, that I was never alone. 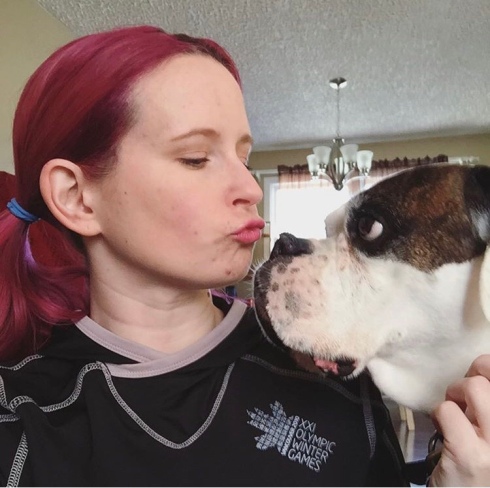 For weeks now, my shadow has been fading. He hasn’t been eating. He’s been in pain, though no one can tell me why. I’ve done everything I could to keep him with us, even when he didn’t like the examinations and medicines.

But he kept fading.

A few days ago, my friend gave up. He stopped trying to follow his family around the house and instead stayed in bed all day, only getting up when prompted—and then not at all. The light went out of his eyes, though he still listened, still responded to gentle affection. 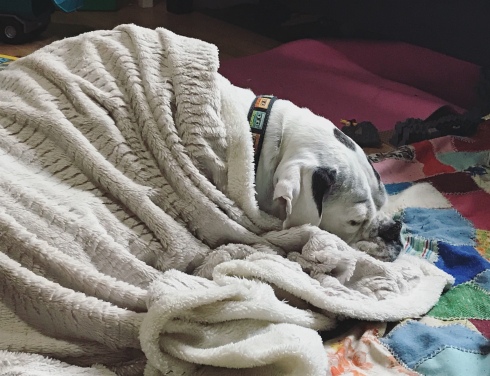 I didn’t want to give up, but there comes a time when it’s cruel to force someone onward when their journey is so clearly over.

We humans take familiar things for granted—shadows, friends, angels. I think I’ve appreciated mine while I had him, knowing it wouldn’t last forever, but I still wish we had more time.

We don’t, though. Today it was time to repay all the kindness this beautiful spirit has heaped on my family all these years.

Jack spent his last day in the shade of the maple trees in his yard, surrounded by his family, before his trip to the vet. He died peacefully at 4:30. 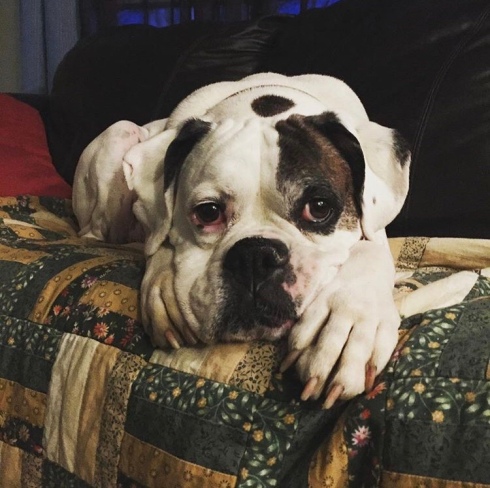 Kate Sparkes was born in Hamilton, Ontario, but now resides in Newfoundland, where she tries not to talk too much about the dragons she sees in the fog. She lives with a Mountie, two kids who take turns playing Jeckyll and Hyde, two cats, an intentional boxer and an accidental chihuahua. She's the author of the bestselling Bound Trilogy (mature YA Fantasy). www.katesparkes.com END_OF_DOCUMENT_TOKEN_TO_BE_REPLACED
This entry was posted on Thursday, June 20th, 2019 at 5:42 pm and tagged with dogs, grief, loss, Pets, rainbow bridge and posted in about me, Jack Attack, Pets, Uncategorized. You can follow any responses to this entry through the RSS 2.0 feed.
« Okay, but who am I supposed to throw it at?
Happy Birthday, Bound! »

6 responses to “All Good Things Must”