One Day At The Garage: A Tale in Tweets

For anyone who missed it elsewhere, or who only got half of the story on Facebook, here’s what happened on Wednesday:

We’d known for a while that the Santa Fe (Tina) needed welding done on her front flex pipe. My husband finally got us booked in for that*, and we asked them to put our winter tires on at the same time. No problem.

Then last week, our rear brakes started grinding. We parked the car on the side lawn, as all the classy people do, and asked the garage if they’d look at those when we came in, too.

The morning of our appointment got off to a rough start. I’d had a migraine the day before, and was suffering from severe mental fuzziness, the kind that makes you feel like your brain is wrapped in a cozy-yet-incredibly-stupid angora sweater. Still, I got away in good time, made it half-way to Gander …

…and realized that the snow tires were still in the shed. 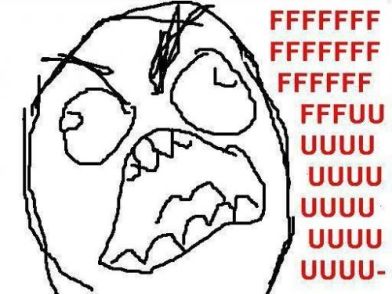 For a moment, I became this meme.

After slamming my head repeatedly into the steering wheel, I let AJ know and turned around. He and Ike met me part-way with the tires, and I made it to the garage just in time.

And AJ didn’t make me feel badly about it. Best husband EVER.

I dropped the car off at 10, and got to spend a few hours on my own.

Things were going well. I did some shopping, and even got some work done at the coffee shop.

Plotting conclusion of a trilogy. I have all of act 3, the shadows of act 1… The middle remains a mystery.

OH, THE PIECES THAT ARE FALLING INTO PLACE.

Not great, but we had no choice about the brakes. I enjoy stopping. I said “go ahead with those,” they said “shouldn’t take too long,” I walked back.

And they told me that more brake parts were rusted out and needed to be replaced. They could get the parts, but yeah, more money, pls and thanx.

Christmas is coming. Of course the car needs $1800 in repairs.

And so I waited. And waited. And it needed more parts, and they couldn’t get one part, so they cleaned it instead. And I waited.

I would live-tweet waiting for my car to be ready, but I don't want to lose you. #boring

…and that resolution didn’t last long, because I was, in fact, bored out of my be-sweatered skull. Here’s how the rest of my afternoon unfolded:

This is my home, now. I am one with the sad waiting room chair. I will miss my family, but they should move on with their lives.

"Not too long, now" is garage-speak for "They will find your decayed corpse stuck to that chair before we return your keys" #TheMoreYouKnow

(If they say "might be a few hours," you should consider renting an apartment nearby.)

Almost bored enough to read the "O" magazine on the table. Almost.

(tried to write, too distracted)

Note to self: Yelling "check, please!" does not encourage faster service at an auto repair facility.

Tapping my pencil on my rain boot. Guy behind desk is tapping his on some papers. It's the least-coordinated duet ever. We are now BFFs.

So then things got weird…

Garage fumes don't affect me, but the leprechaun that just rode through the waiting room on a Komodo dragon looked a bit queasy.

My phone is dying. YOU WILL NEVER KNOW HOW THIS ENDS. #Cliffhanger

Would have been fine if not for that whole “leaving kids alone in the house is bad” thing.

Well, I won’t leave you all hanging. I did get home, driving in the dark and the rain, but on snow tires and with good brakes. AJ got to work, better late than never.

My children grew so much while I was trapped at the garage yesterday. They barely recognized me when I got home. We'll work it out.

I'd like to thank my husband for not re-marrying in my long absence. It must have been tempting, but I don't want a sister-wife.

Our bank account was depleted by almost $700, with more to go ASAP, but we’ll be okay. Yes, things would be easier if I were making money, but that’s just not happening right now. My job is to juggle the books so we still get a very merry Christmas. It’s all good…

…assuming they don’t find more stuff to fix when we get that front flex pipe replaced.

*Some of you know that I suffer from a social anxiety/phobia relating to making phone calls. It’s horrible and inconvenient and screws up my life, and that’s all I’m going to say about it.