I had a moment of panic a few days ago.

I went into Scrivener to find the work I did for NaNoWriMo in November, and guess what?

It’s gone. I have three versions I started, and none of them contain more than five chapters. My brain melted. I may have called Scrivener some unflattering things (and we’re usually SUCH good buddies).

In short, I was pissed.

The good news is that I’d done a compile in PDF format, so I can read it over in Acrobat and make notes. The bad news is that I can’t copy and paste that into Scrivener, because the formatting just doesn’t work. But hey, I’ll take what I can get. And the read-over could be worse. I already have pages of notes, but I’m getting everything on to index cards and working out problems and trying to figure out exactly how much I have to know about mer anatomy for this one if Kel is going to… Well. Whatever. It’ll work out.

Today, five (rough, sorry) paragraphs that I’m just reading over now, plus one bonus line because I love Aren. This is from Torn, the sequel to Bound (which I usually share from). Aren has taken off on a cross-country journey to try to find his father, who disappeared more than three years ago. He’s already had a few shocks and some major difficulties, because why would I make things easy for him? But he has a promising lead…

There were no dragons in those first days, and no towns or
roadside inns.

We travelled for two days and nights. I let the horse forage
where he could, and did my hunting as an eagle when there was
game nearby. I slept in that body, too, forced by the
frigid night winds to take whatever form would keep me from
freezing.

The morning of the third day brought us to the shore of a
large lake of uneven shape, with bays and inlets hiding much of
the shore from view. Clouds reflected on the wind-ruffled
surface, but otherwise the space seemed peaceful. The grass-covered shores sloped toward the water, dotted with low shrubs. I removed my things from the saddle and let the horse loose.

“It seems the dragon infestation claims are overblown,” I
said to the horse. He looked up, twitched an ear, and went back
to eating. It wouldn’t have surprised me if the stories about
dragons were exaggerated to keep us southerners away. Though
Tyrea was united as one country, the outer provinces often
seemed to resent us, perhaps forgetting what life had been like
before my father’s rule.

A flash of movement caught my eye, and I spun around in
time to see my horse pulled into the water, his neck caught in
the jaws of a massive black water dragon. The dragon stayed near
the surface, watching me from eyes placed high atop its head as
the horse thrashed, then stilled. A moment later, both shapes
disappeared into the depths of the lake, leaving only
reflections to hide what hid below the surface.

For more WIPpety goodness, swing on by the very busy KL Schwengel’s blog, say hi, and click on the linkie in the upper right. SO MUCH WIPPET.

See above for EPIC MOMENT OF PANIC. Not much else to report, really. Had I finished that read-through of Bound when I last checked in? Well, I have now. I’ve done what I can. Still waiting to hear that Mister Editor is ready for me to catapult that on over. Reading through Torn now, obviously, and then I’ll get back to work on that or the vampires. Torn should probably take precedence (what with the need for getting sequels out quickly and all), but we’ll see what happens.

Well, I’m off to take the dog for a walk. It might not last long. It’s -16 C here, with the wind chill around -30 (-22 F to you American types). TOO DURN COLD. But I do feel a lot better when I get out for walks, even if I can’t feel my legs by the time I get back, and I might need to drop Jack back at home half-way through. 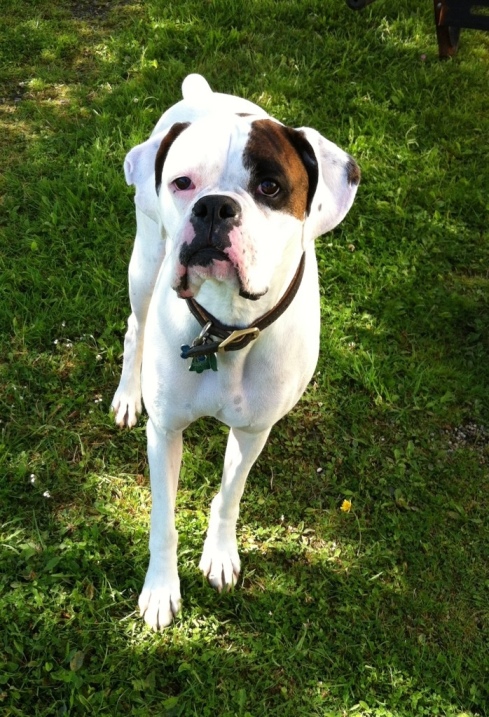 I’m trying some other health-related stuff that’s working out well, but we’ll save that for another post.

I hope you’re all having a good week, wherever you are and no matter how cold it is. Let me know what you’re up to…

Kate Sparkes was born in Hamilton, Ontario, but now resides in Newfoundland, where she tries not to talk too much about the dragons she sees in the fog. She lives with six cats, two dogs, and just the right amount of humans. USA Today bestselling author of the Bound Trilogy (mature YA Fantasy), Into Elurien, and Vines and Vices. Writing dark, decadent, and deadly Urban Fantasy as Tanith Frost. www.katesparkes.com www.tanithfrost.com END_OF_DOCUMENT_TOKEN_TO_BE_REPLACED
This entry was posted on Wednesday, March 5th, 2014 at 12:09 pm and tagged with dragon, fantasy, snippet, YA and posted in Health, ROW80, Torn, WIPpet Wednesday. You can follow any responses to this entry through the RSS 2.0 feed.
« Is Your Subconscious Mind Setting You Up for Failure?
Cover Reveal: Emergence by K.L. Schwengel »