That’s right: the K.L. Schwengel who hosts WIPpet Wednesdays has another book coming out, and soon. I should be working right now, but why would I do that when I have the opportunity to share this with you, instead?

What’s it all about, you ask? Well, to answer that, it might be best to go back to the first book in the series, First of Her Kind:

Everyone, it seems, wants to dictate what Ciara does with her life: Serve the Goddess, destroy the Goddess, do as you promised your aunt. All Ciara wants is to keep the two magics she possesses from ripping her apart.

And that won’t be easy.

Not only are they in complete opposition to each other, blood ties pull her in divergent directions as well. And then there’s Bolin, the man sworn to protect her. There’s no denying the growing attraction between them, but is it Ciara he wants? Or her power?

None of which will matter if Ciara can’t overcome her fear and learn to use her gifts.No one knows the depths of the ancient power she possesses, or what will happen if it manages to escape her control.

Will she lose herself entirely? Or be forever trapped between darkness & light?

(description yoinked from Goodreads, where the book has a 4.6 star rating average.)

So on to the description for Emergence, which I had the pleasure of beta reading a few months ago, and which is in my humble opinion even better than the first book, because OMG THE THINGS THAT HAPPEN.

These books are darker than what I usually read (or write), but I’m really enjoying the story.

I guess… kind of minor spoiler alert for the first book, what with characters reappearing and all?

So there you go. If you think that’s great, head on over to the author’s blog, where she has generously shared chapter one with all of us.

So there you go. Here’s a little information on the author, and I’ll keep you all updated when I have an official release date (tentative date of 3/17), etc… There might be another surprise in store, but I’m just going to have to be all kinds of mysterious about that for now. 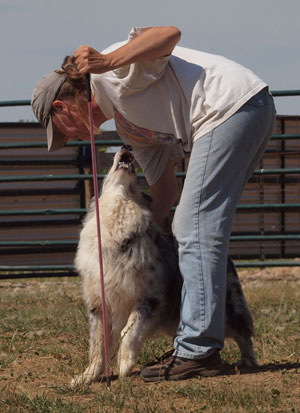 Kathi’s work is available on Amazon, Barnes & Noble, Smashwords, and other on-line retailers in both paperback and e-book versions. Signed copies are available via her blog.

Kate Sparkes was born in Hamilton, Ontario, but now resides in Newfoundland, where she tries not to talk too much about the dragons she sees in the fog. She lives with six cats, two dogs, and just the right amount of humans. USA Today bestselling author of the Bound Trilogy (mature YA Fantasy), Into Elurien, and Vines and Vices. Writing dark, decadent, and deadly Urban Fantasy as Tanith Frost. www.katesparkes.com www.tanithfrost.com END_OF_DOCUMENT_TOKEN_TO_BE_REPLACED
This entry was posted on Monday, March 10th, 2014 at 11:20 am and posted in books. You can follow any responses to this entry through the RSS 2.0 feed.
« WIPpet Wednesday: Dragon Country
My Little Loki »