Hey, guys! I know, I said we’d do stuff this week, and I haven’t posted a whole lot. The good news is that things are going so well with actual writing (like, the book some of you are waiting for) that I’m worried the house will have a meltdown again. The bad news is that I’m not going to halt that momentum to write blog posts, so things might continue to be a bit sparse here next week.

But speaking of those kids, I did take a week off for a family vacation. Stopping work cold turkey nearly drove me mad, but after a few days in my favourite city, a relaxing and fun weekend at a friend’s cabin, and lots of walking around beautiful landscapes, I started to relax.

One of our stops was the Petty Harbour Mini Aquarium in… well, it’s in Petty Harbour. You probably guessed that. Smarty pants. It truly is mini. I mean, they didn’t take a ray-gun and shrink a fish tank down (dangit), but they do have a lot of amazing exhibits packed into a TINY space.

I thought, since most of you won’t make it out there this summer, that I’d share some pictures and information (all facts and figures courtesy of the aquarium). Many of their exhibits are temporary, as they show off creatures brought in by local fishermen which are then set free after they’ve done their time. Nice, right? We missed the wolf fish by a few days, but I hope he’s very happy… um… doing whatever wolf fish do.

I would probably know this if I’d seen the exhibit.

TO THE PHOTO TOUR!

I’m a bad, bad promoter. I didn’t get an exterior shot of the building. *ducks away from flung flotsam and jetsam* 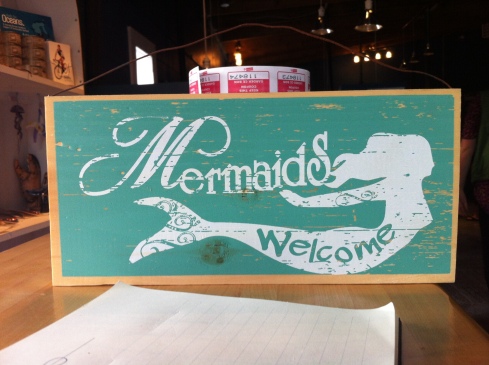 This is Lady Blue, a temporary visitor to the aquarium. Blue lobsters are fairly rare: one in 2,000,000 has this lovely colouring. 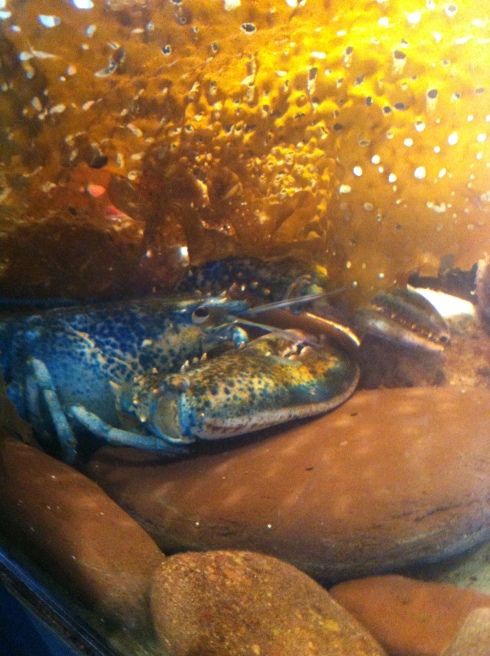 Casper the white snow crab is another oddity, if somewhat less pretty. I wasn’t as impressed with his colouring as I was with his astonishing fashion sense. Check out that escargot chapeau! 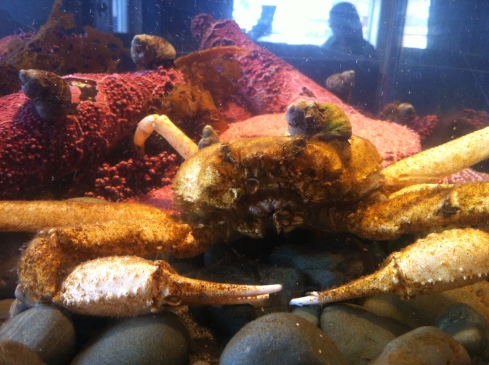 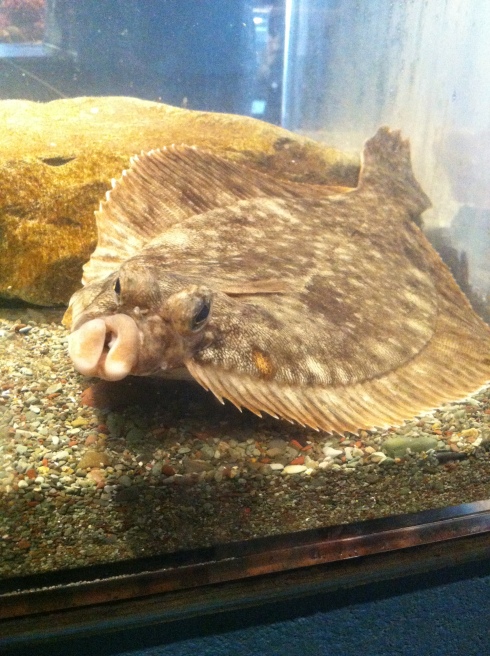 The sea ravens were my favourite. Our fish might not be tropical-pretty, but we have some lovely sea monster inspiration! 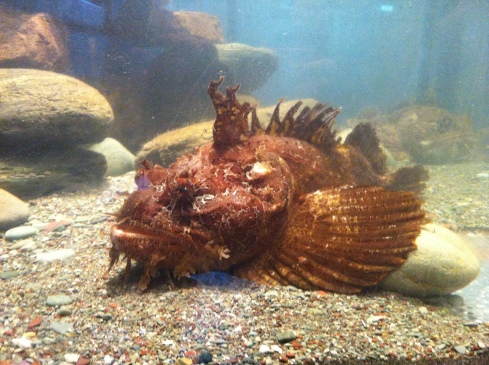 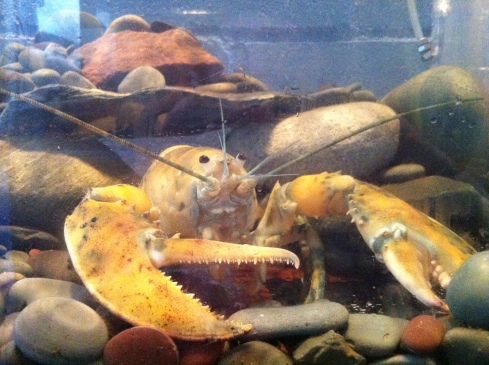 There’s so much more to see, but I don’t want to take up all of your time with my fish pics– cod, sculpin, something called a lumpfish… aww, heck, here’s a picture of the lumpfish, because it’s kind of hilarious: 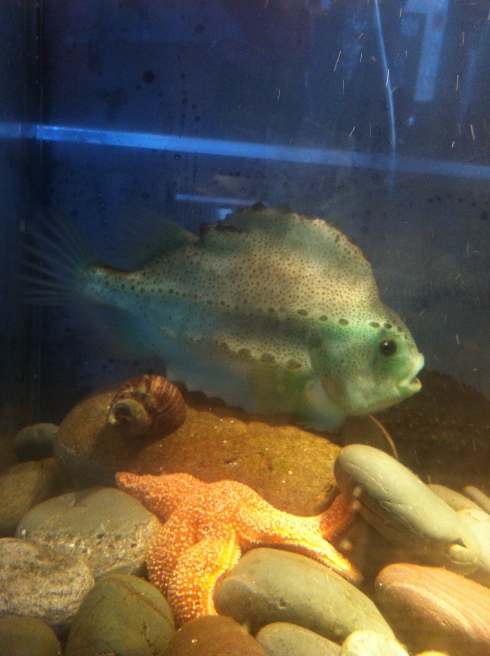 The Mini Aquarium may be tiny, but it’s a lot of educational fun. They have daily puppet shows and story time through the summer, too, if you’re hauling kids around and they’re into that. Oh, and the touch tanks are MIGHTY COOL. 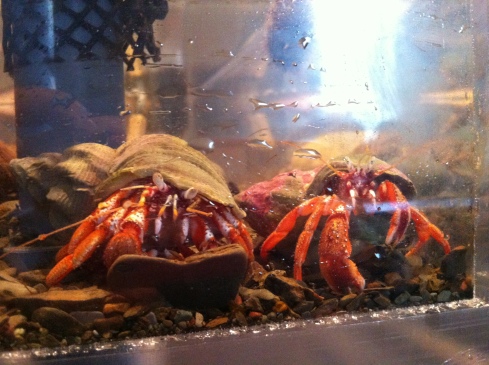 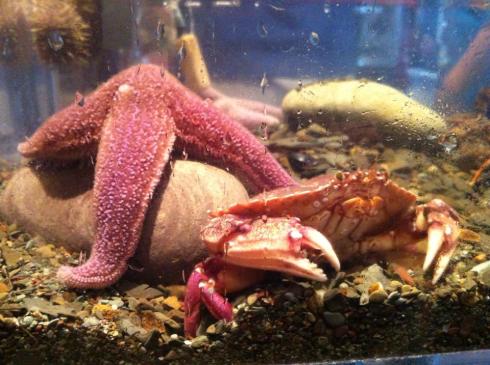 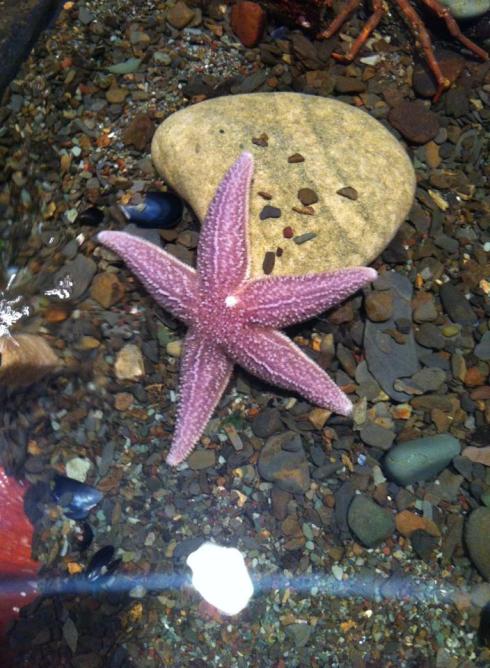 So there you go. If you’re ever in the St John’s area, head on down! It’s on the way to Cape Spear, too, which could make for a fine day of fun.

Now, kiss the Pout, and we’ll all be on our way. 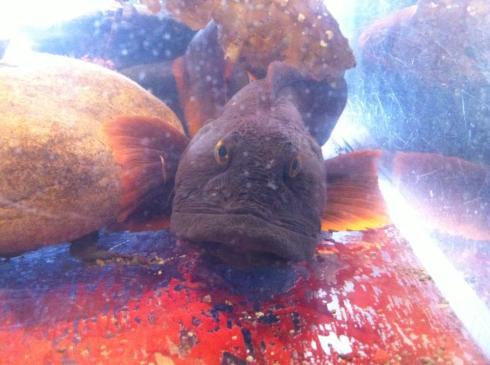 Kate Sparkes was born in Hamilton, Ontario, but now resides in Newfoundland, where she tries not to talk too much about the dragons she sees in the fog. She lives with six cats, two dogs, and just the right amount of humans. USA Today bestselling author of the Bound Trilogy (mature YA Fantasy), Into Elurien, and Vines and Vices. Writing dark, decadent, and deadly Urban Fantasy as Tanith Frost. www.katesparkes.com www.tanithfrost.com END_OF_DOCUMENT_TOKEN_TO_BE_REPLACED
This entry was posted on Friday, August 15th, 2014 at 9:26 am and tagged with Canada, Crab, hermit crab, lobster, mini aquarium, Newfoundland, ocean pout, petty harbour, sea raven, sights, St. John's, things to do, tourism and posted in Nature, Newfoundland, Photos. You can follow any responses to this entry through the RSS 2.0 feed.
« COMING SOON: Fall Into Fantasy
Author Spotlight with Kate Sparkes »