Here comes a post that makes me wish I were a better artist.

Cave fairies were introduced in Bound when Rowan met Jasper. Actually, I’ll just let her describe him for you:

The moth thing buzzed closer, and I saw that it wasn’t an insect at all, but a tiny man with a round belly and long, thin limbs. The wings that fluttered on his back were the color of dust, and a thin layer of fuzz in the same shade covered his body. His disproportionately large, black eyes studied me, and then he grunted and buzzed back to sit on Cassia’s shoulder.

Not exactly Tinkerbell or a dainty little garden fairy.

This is one of my favourite things about world-building: the creatures. It’s fun trying to find a balance between the familiar and the new. And balance is a good thing. It’s not all that exciting to read about species that are just as they’ve always been portrayed, with nothing new added. On the other hand, when every creature is new and novel, I find it’s incredibly difficult as a reader to keep them all straight.

“Was the fanglorious dobblewowser the one that has six legs and two teeth, or the thing that looks like an elf, talks like an elf, and acts like an elf, but TOTALLY ISN’T AN ELF BECAUSE IT GLOWS IN THE DARK AND IS NOT CALLED AN ELF?”

Next week we’ll take a look at the dragons of Serath (the larger land where the bound Trilogy takes place, though dragons exist in other places in that world, as well*), but today I thought we’d look at some of the creatures that may seem familiar in some respects, but hold a few surprises, as well.

CAVE FAIRIES: See above. These guys are frequently grouchy, as they hibernate much of the year. Or they just really like their naps, we’re not entirely sure. They’re reclusive and well-camoflaged, and rarely leave their caves. They’re not attractive creatures, but useful if you can get on their good side. There are other types of fairies around, but these are the only ones we’ve met so far.

HORSES: There are a few types of horses in Serath. The first would be nearly indistinguishable from the horses of our world. These horses have little to no magic in their blood, just as the Darmish people like things. At the other end of the spectrum we have the Tusker, an apparently demonic creature with hoofsteps that shake the earth, an ear-piercing scream, and a thirst for blood. In the middle are the “regular” horses of Tyrea and Belleisle: horses that look much like those in Darmid, but with heavier jaws and teeth designed for consuming meat as much as vegetation. Highly adaptable, intelligent, and hardy, they’re perfect travel companions–if you can earn their trust.

Then we have the flying horses, fine-boned creatures of the sky, blessed with the ability to speak. And there are rumors of unicorns, though few are so lucky as to see one. 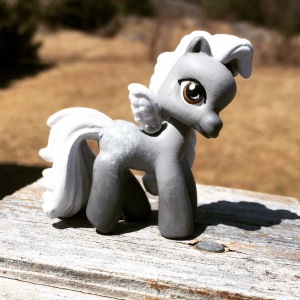 MERFOLK: The merfolk of this world are not half-fish, as they’re generally depicted in our world. They’re warm-blooded, but able to breathe underwater as well as on land. They appear entirely human when in that form, and nearly human from the waist up when in true mer form, if you can get past the greyish skin tone. Their tails are covered in smooth skin and end in thick flukes. Picture them as half dolphin if that helps, though they’d prefer not to be thought of as half-anything. The merfolk are a proud species all their own, and existed in that world long before the arrival of the first humans.

GRYPHONS: Half lion, half eagle, the gryphons of Serath are actually pretty typical of what we’re used to… so far. But then, the characters we’re visiting with don’t have a lot of experience with them. Who knows what secrets they’re hiding?

AEYER: The winged people of the northern mountains in Tyrea. I still have a lot to learn about these guys, who are most decidedly not angelic types. A fact-finding safari may be in order. Wish me luck.

SEA MONSTERS: We’ve only seen one (called “Fangface” by Kel, though I doubt that’s what the natural history books would say), but the seas are full of dangerous, beautiful, and fascinating creatures. Between the fresh-water dragons and the threats below the surface of the sea, life on land can seem tame in comparison.

CENTAURS, ELVES, GOBLINS, TREE FAIRIES, AND OTHERS: The world is so large, and one story so little time to experience all of it. Perhaps some day…

TELL ME: Did I miss anything you were curious about? What creatures do you love to read about, and what twists on traditional favourites have been your favourites in your reading adventures?

*You didn’t think these stories covered everything, did you? There’s a big, wide, wondrous world out there we’ve yet to explore, friends…

Kate Sparkes was born in Hamilton, Ontario, but now resides in Newfoundland, where she tries not to talk too much about the dragons she sees in the fog. She lives with a Mountie, two kids who take turns playing Jeckyll and Hyde, two cats, and one chihuahua. USA Today bestselling author of the Bound Trilogy (mature YA Fantasy) and Into Elurien, writing dark, decadent, and deadly Urban Fantasy as Tanith Frost. www.katesparkes.com www.tanithfrost.com END_OF_DOCUMENT_TOKEN_TO_BE_REPLACED
This entry was posted on Thursday, May 21st, 2015 at 9:48 am and tagged with aeyer, cave fairy, dragon, fairy, gryphon, horse, merfolk, mermaid, merman, sea monster and posted in Bound A-Z. You can follow any responses to this entry through the RSS 2.0 feed.
« Cover Reveal: Dissonance by Mariella Hunt
WIPpet Wednesday: Crime Scene »

4 responses to “Bound A-Z: C is for Cave Fairies & Creatures”