Let Me Show You Them (blog challenge Day 19)

Any guesses what it’s time for? Anyone? Is… is anyone still here? *checks microphone* 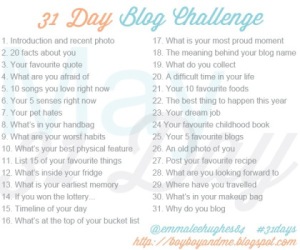 “What do you collect?”

The obsession started when I was three or four years old. MLP were still fairly new; I missed what are now called the Collector Pose ponies (Minty, Bluebelle, Cotton Candy, Snuzzle, Butterscotch and Blossom), but my first ponies were Applejack, Moonstone and Posey (hey MA! Correct me if I’m wrong, will ya?)

Long story short, I had a ton of ponies, and my brother and I had some amazing adventures with them. Barbie was always the bad guy in those games, a rich, nasty woman named Vanessa Van Vandervan who rode the ponies even though she was far too big for them. Jem may have been in on this in later years. GI Joe was a frequent target for V-Van-V’s affections, but he was always Team Pony (and he was allowed to ride them, because dude was tiny).

So I grew up. I had kids. I saw a couple of ponies at Value Village and grabbed them, but never did anything with them. I started collecting them again about three years ago, around the time when I got into customizing the ones that were in terrible condition. I bought every one I found at thrift stores (first generation and third), cleaned them up and made them smell like my shampoo, displayed them when and where I had space, bought crappy lots on eBay to restore, often rehairing them with nylon doll hair when theirs was too smoky or otherwise ruined.

I still have them, still adore them, but I don’t have the time or money to actively add to the collection now. I display as many of my favourites as I can, and the others wait clean and safe in the closet until they can take their turn on display or find a home with someone who loves them.

My favourite? I have a few, mostly my earliest and best friends. But my absolute favourite is this guy, right here:

Yes, he helps me write.

Daddy Sweet Celebrations was my only boy pony when I was a kid. I have six of him now. STOP JUDGING ME. I don’t hoard cats, I don’t spend my mad money on drugs. I just like ponies…

*sings* Oh, the challenge, it is a challengin’…

Holy crap, that thing is scary.

Honestly? I don’t have a bucket list, at least not as I understand it (having not seen that movie, the concept a little fuzzy in my mind). This is a list of things you’d like to do before you die, right? Go skydiving, convert a crocodile to vegetarianism (or Mormonism), eat a pan-fried endangered animal on every continent, stuff like that.

Wow, that was the worst-quality video ever.

I have things I want to accomplish in my life. I have places I want to visit, books I want to read, books I want to write. I want to go back to school, raise my kids to be decent human beings, learn to find balance and peace in my life. These are good things, but they do not a bucket list make. Well, maybe the travel, but I can guarantee I won’t get to most of those places, so that would be a crappy, CRAPPY bucket list.

If you told me I was going to die in a month, I’d want to spend more time with my family, not go bungee jumping. Once I’m dead, I’m not going to care that I jumped out of an airplane, rode a hot-air balloon directly into a volcano, smoked cigars until I barfed* or achieved anything from that other list. I won’t even care whether I finish any of my career/education goals.

I’m not saying bucket lists are a bad thing, if they help you live life more fully. I’m just not a very exciting person. 😉

*I think my number for that would be one. Possibly fewer.