B is for Bestiary. 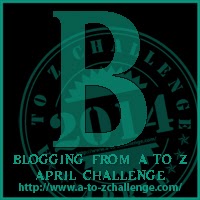 Know what’s the Most Fun Thing about writing Fantasy?

Really. There are too many things to choose from. Creating a world? Playing with magic, setting limits and then exploring what’s possible within them? The ability to throw nearly anything at your characters to screw up their plans? Planting familiar human struggles in a strange world?

Maybe. But one of the things I have the most fun with is creatures. Animals. Mythical beasts, both previously known and not. Setting them free in a world and seeing what happens.

You’d recognize many of mine. You like dragons? I’ve got ’em. Young and nasty ones, old and… well, they’re different. I was going to give you a snippet for WIPpet Wednesday of Aren explaining dragons, but it just doesn’t work as a snappy excerpt, and y’all have enough to read from me this week.

But yeah, we’ve got dragons here. They don’t play a huge role in the story, but they’re vitally important to the larger world that it’s set in, and they do make several appearances.

What else have we got? Gryphons (see above). A species (sub-species?) of winged humans known as the Aeyer. Flying horses, too. Merfolk. Cave fairies. Rumors of unicorns, unconfirmed by any of my characters as of right now. Sea monsters and water dragons. Humans, magical and not. And then there are the animals you’d be familiar with: cats, dogs, eagles, rabbits, geese, horses… well, you’d be familiar with a small number of the horses. The native ones are a little different.

Maybe that’s the Most Fun Thing about writing Fantasy. We get to take the everyday and stand it on its head, take it apart and re-build it into something better or more sinister or more challenging. If we want horses to be omnivorous beasts that are better suited to our world, we can do that. If we want dragons to be quick and nearly mammalian or slow and cold-blooded as any lizard from our world, who’s going to say we’re wrong?* As long as we’re consistent and work within the world and the rules we’ve set out**, we can do as we please. When we’re staring at the blank page at the beginning of a new project, there are no limits.

Huh. Maybe that’s why I don’t write anything set in our world. And why I find real life boring. And…

For more A-Z Challenge goodness, click on over here!

*No offense to lizards. I like them a lot. I just think that being cold-blooded must be a pain sometimes.

**Which means no inventing new creatures or magical abilities just to get the hero out of a jam. Be consistent and at least foreshadow that stuff, dude.