It’s been five years since the first readers downloaded Bound and joined Aren and Rowan on their first adventure through the wilds of Tyrea.

Five years since they met Kel, Cassia, Ruby, and all of the other incredible characters that fill this world.

Five years since I became a professional author, though one who was holding her breath and hoping that someone would read her book and find something worthwhile in it. Little did she know that this book would soon make writing her job as well as her passion, all thanks to the readers who bought the book, reviewed it, and recommended it to others.

Half a decade on, I’ve just published my tenth book (four as Kate Sparkes, six as Tanith Frost), but this one still takes up a whole lot of space in my heart. I miss this world and these characters, and I want to keep sharing them with readers around the world.

So to celebrate this special occasion and to say ‘thanks for everything,’ I’ve got a few goodies for readers.

First: Bound is now on sale for 99 cents in ebook on all retailers. If you’re reading this, there’s a good chance you’ve already got a copy. But if you still haven’t stepped into this fairytale world where magic is a sin, haven’t met the mysterious merfolk or escaped from the dragon’s lair (or if you know someone who still needs to join you on the adventure), now’s the perfect time to jump in. Here are the links.

I’m giving away a signed paperback copy of Bound to one lucky winner! Just click here to visit the Rafflecopter link to enter. There are only a few options for entry this time, so it will only take a minute.

This giveaway is, of course, open internationally. Winner will be chosen and contacted on July 1, so be sure to enter as soon as possible. Good luck!

EDIT: The winner has been chosen and notified, and the prize mailed. Congratulations to Ashley L!

Tame the dragon. Close the rift. Don’t trust anyone.

Aviva’s new assignment sounds like something out of a fairy tale, except this time the damsel has been tasked with guarding the dragon. Though he’s plenty to deal with all on his own, it soon becomes clear that this monster trapped in human form is the least of her worries. The open rift that brought him to Earth threatens the veil of secrecy protecting the supernatural world, and the vampires of Maelstrom need to find it before they’re exposed. Worse, it seems that they may not be the only ones hunting for it. If the strange power that flows through the rift falls into the wrong hands, it could spell disaster for Aviva and everyone she cares about.

With only a shifty dragon-man and an inexperienced enchantress by her side, Aviva races to find the rift before the enemy does—a task that only grows more challenging when she uncovers a trail of deception and lies that leads straight to the highest ranks of her clan.

The Immortal Soulless series continues in Covenant, and it’s only getting more exciting! Don’t forget that book one, Resurrection, is available for 99 cents (ebook format), but only for a limited time. That makes this the perfect time to start your summer reading binge! If you like your vampires bloodthirsty, your villains murderous, your shifters too hot for anyone’s own good, and your urban fantasy soaked in dark powers and deep mysteries, this just might be the series for you.

(Bonus points if you like your paranormal activities happening in Canada!)

Have fun… and prepare to lose some sleep. Don’t say I didn’t warn you.

BONUS: Book one of the series (Resurrection) is currently on sale for 99 cents! See below for details.

For now, check this beauty out (cover art by Jessica Allain): 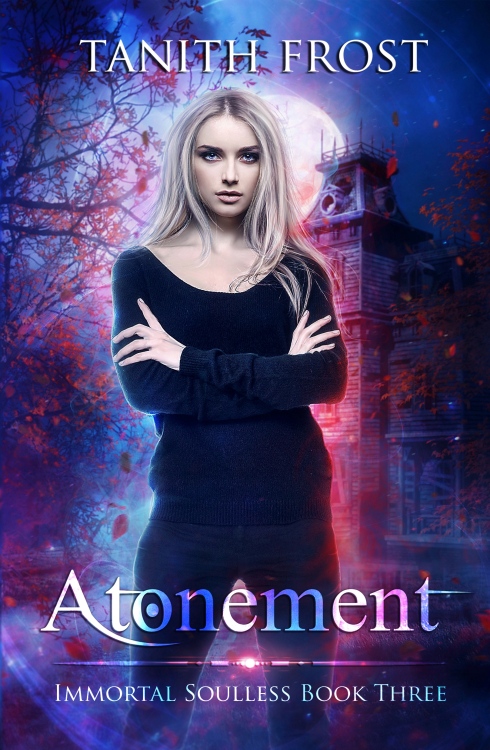 Among the dregs of vampire society, there’s no safety in numbers.

It’s been a year since the vampires of Maelstrom threw Aviva to the wolves. When her next assignment arrives, it’s clear that her elders haven’t forgiven her past sins. She’s to take a position watching over the clan’s weakest members: the old vampires who can’t be trusted to keep the supernatural world’s secrets. Locked away in a crumbling home by the ocean, they exist in isolation, nearly forgotten by the world. It’s a boring job, an assignment more insulting than her placement with the werewolves, and a terrifying warning of where she could end up if she doesn’t change her ways.

Aviva is determined to keep her head down, prove herself, and atone for her mistakes. But when a group of vampire hunters calling themselves the Blood Defenders attacks the home, Aviva has no choice but to step into her role as guardian and hit the road with a group of misfit vampires who are as much a danger to the world as they are to themselves.

When the Blood Defenders shatter the heart of Maelstrom’s power and leave them with nowhere to run, Aviva and her band of monsters have no choice but to stand and fight to save a world that despises them.

Resurrection (Immortal Soulless Book One) is on sale for 99 cents for a limited time on Amazon (and is currently available through Kindle Unlimited, also for a limited time). If you haven’t started the series yet, now is the perfect time to explore a darker side of Newfoundland and sink your fangs into Aviva’s story.

(also available in paperback, though not for 99 cents. Unfortunately.)

Let me know in the comments if you grabbed a copy! 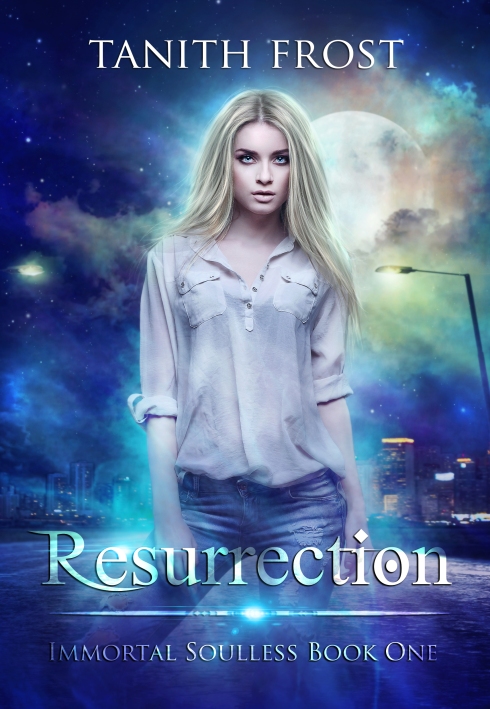 Her gifts will be her salvation… or her downfall.

No one gave Aviva a choice about becoming a monster. Since the night of her murder she’s been forced to accept a new reality—burned by sunlight, dependent on the blood of the living, searching for her place in a dark world she didn’t believe existed until she awoke as a vampire.

She’s still struggling to accept her fate and master her dark powers when the news arrives: rogue vampires are torturing and killing human residents of the city, threatening the secrecy and uneasy peace of the supernatural world.

As the hunt begins, Aviva’s deliciously distracting trainer, Daniel, helps her seek out her unique strengths. The gifts she discovers are shameful in the eyes of vampire society—and they may be the only thing standing between a pack of ruthless paranormal killers and the unsuspecting humans they prey on.

Just a quick post to let you know I’m running an ebook sale on the Bound trilogy! If you haven’t started this bestselling YA Fantasy series yet, or if you’ve been waiting for a sale to complete your collection, now is the perfect time!

Enjoy! And if you have any friends who might be interested, your help in spreading the word is, of course, most appreciated. Thank you. You are so wonderful.

Available for Kindle, Kobo, iBooks, Nook, yadda yadda. You can find all of the links on my site, katesparkes.com, or just click the links below.

And here’s my latest video. This one mentions the sale, but is mostly about the reading order for the trilogy when you throw the prequels in (you knew you could get those free by signing up for my newsletter, right?). And you get to hang out with me on a migraine day, which is only a little like being around a tipsy yet pleasant and absent-minded drunk. So… yay! ^_^